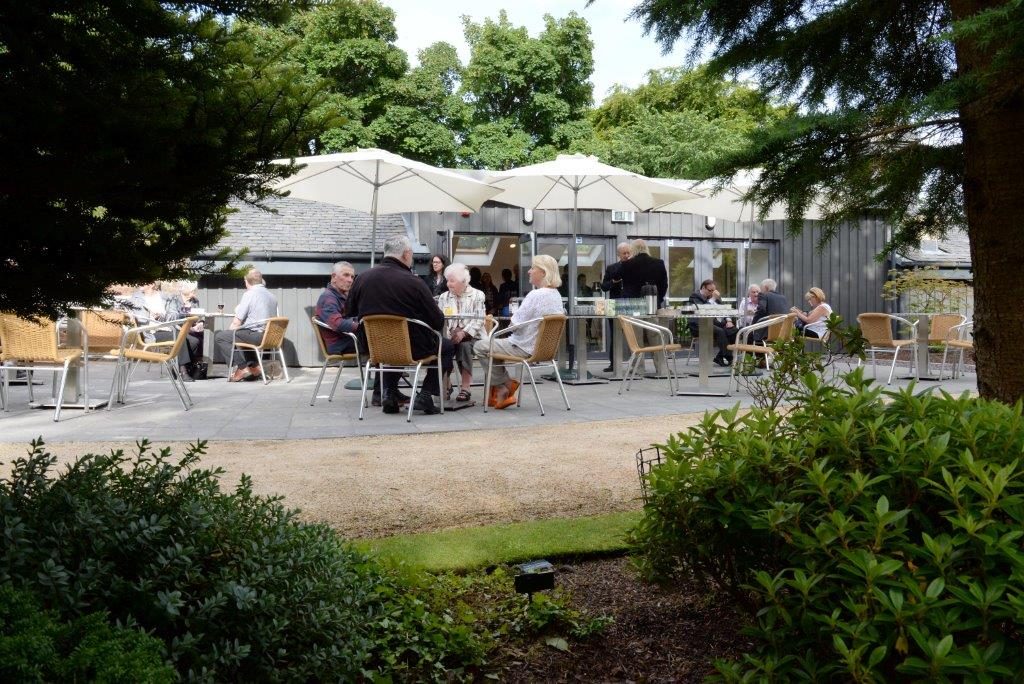 Time to visit the New Colzium Visitor Centre and Cafe!

Following the renovations in 2017, the former Clock Theatre adjoining the walled garden has been converted into a visitor centre and garden cafe, not only providing a picturesque setting to enjoy some alfresco drinks and treats, but also featuring audio visual displays about Colzium’s colourful history. A visit to the centre is essential to look back and learn more about the estate’s past and to look forward and plan future visits across Kilsyth, the wider Kevin Valley and all attractions.

Why not relax alfresco and take the time to enjoy a freshly brewed coffee, in terrace seating overlooking the tranquil walled garden. 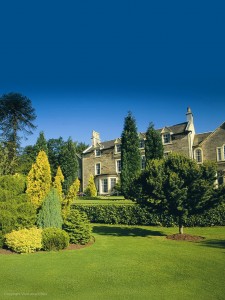 Colzium House was once the seat of the Edmonstone family but became the property of the Burgh of Kilsyth after the Second World War. Built in 1783, it was substantially enlarged in 1861. Much of the original building was pulled down in the late 1940s, due to dry rot, but the Victorian frontage and wings survive to form the house we see today.

The museum comprises a single room on the second floor of the house, converted out of the former chapel. Displays relate to the heritage of the surrounding area and include objects from the nearby castles of Colzium and Kilsyth as well as photographs and artefacts from the domestic and industrial settings of the locality.

Other local historic features include the site of Kilsyth Castle, to the west of Colzium House by Allanfauld Road. Another 15th Century tower house, it survived until 1650 when it was attacked and burnt by Cromwell’s troops as they advanced north. The remains provided the district with a free quarry for many years. Some carved stonework is now in Colzium House museum.

To the east of the estate are Banton Loch and the village of Banton, with its historic Swan Inn. The area formed the site of the 17th Century Battle of Kilsyth and was latterly known for its Victorian brickworks, samples of which are in the museum.

The Colzium Lennox Estate is rich in history and is open throughout the year. Features of the estate include the excavated remains of a 15th Century L-plan tower house, once the seat of the Livingstons of Linlithgow but demolished in 1703. Nearby is a traditional Scottish ice-house c.1680 which has been restored and is open for public inspection. Also on the estate is a fine walled garden with numerous interesting shrubs and trees. During working hours Parks staff are normally on hand to discuss the plants and respond to queries. 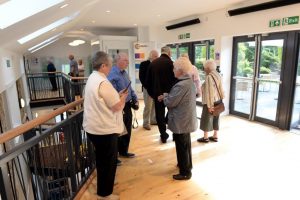 Time For All the Family

There is so much to explore at the Colzium Lennox Estate. Enjoy parkland with a wealth of flora and fauna, pathways, a challenging children’s adventure playground, not to mention a beautiful walled garden and water features.

CultureNL and the Friends of Colzium also provide a range of events and activities throughout the year at Colzium House and Gardens.

The Colzium-Lennox Estate is situated to the east end of Kilsyth (Denny/Bonnybridge/Falkirk end) just off the Stirling Road. Enter by the stonework gateway (signed) just before/after the 30mph limit – depending from which way you are arriving.

The visitor centre and cafe are open April to September. Colzium House & Museum is not normally open to the public, unless by prior appointment. The house can be booked for weddings, conferences and private parties. The museum can be opened on these occasions for guests to visit. For access to the museum when the house is closed, prior arrangements would have to be made through the museums service. Admission is free.

Disabled access, WCs and parking are available close to the house and visitor centre.